We see drag as a positive parody of gendered expectations of what someone looks like. Drag is a tool for us to make fun of those expectations and to find ourselves beautiful and sexy in the process.

Dragging as Enby is fun for us. Depending on what we like, we can dress up as just one binary gender, or even both.

Dragging ourselves as the gender we have not been assigned can be a way to try out more in our gender expression and really let go of our socialisation. 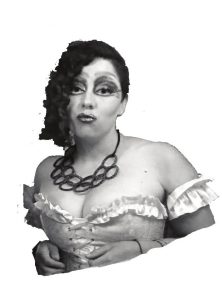 What can be even more liberating for us is to be AFAB drag queen or AMAB drag king. That way we can really make the statement: this gender is not me, I had to perform it for a very long time. It was always just a show, but I might have even become good at it. Let’s have fun with it! We don’t fulfil society’s expectations with it, but exaggerate it so much that it becomes unpleasant for them too. And it should!

Dragging the gender assigned at birth can also help us to better bear situations in which we would normally experience a lot of dysphoria:

Last summer I worked in a restaurant. I had to be the perfect waitress. It was a lot of fun to dress up every day. Wearing make-up. I didn’t go as far as shaving my legs, but I used a higher voice and adopted feminine™ manners. Once I accepted that I wouldn’t fit in there as a non-binary anyway, I also didn’t have to force myself to act as masculine as possible to maybe be taken seriously (because I have to pretend the non-binaryness that is inside me to the outside world too). I let go, and exaggerated to boot. And it was fun! The queen in me had full power and I learned to like it too.

Dragging is letting go, freedom, it represents how gender roles come out of society. People can take on whatever role(s) they feel most like. 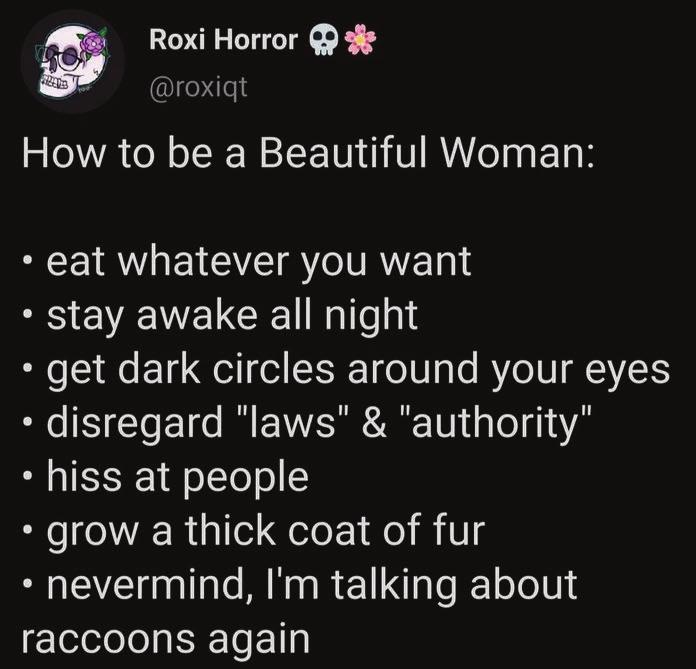 Where monarch is the gender-neutral term for queen/king.

Is it even possible to show non-binarity and overdo it?

Do we actually want to deconstruct gender roles then? Or do we want to use them and have fun with them?
Drag is somehow both. Through the extreme and ironic portrayal I can take the categories less seriously, also making them independent of physical characteristics. Each can present a beautiful drag king as well as a beautiful drag queen.

When I dress up successfully, I can forget the dissatisfaction with my body, which sometimes makes me despair.

In those moments, it doesn’t matter what my body features are and what other people interpret into them. I can be what I have consciously chosen for the moment. And inwardly I feel very strongly connected to my non-binary nature, to what I actually am, so I don’t have to take it all so seriously. That I can be what I want. I don’t have to hide anything, I don’t have to behave in a particular way in order not to be misgendered. At least until I take off the queen or the king again.

In moments when I’m in despair with my body and simply can’t find any clothes to hide it in, the King and the Queen are always there for me.