My mum sent me an email, and from the headers it shows that she saved me as a “first born person”.

I was still in school, and my teacher (I knew he was very LGBT friendly, he had told us that his girlfriend was queer) asked us to split into two groups: Boys on one side, girls on the other. I asked him where I should go then. He reacted really well and immediately changed to: “People with glasses on the window side, people without on the door side”.

Later he caught up with me on the stairs, apologised for the stupid division and asked me for my pronouns. 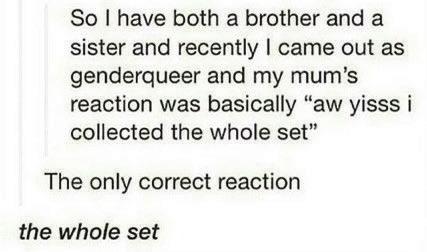 I am AMAB and use “they” pronouns – but a few new friends of mine occasionally misgender me as “she” by mistake. They usually correct themselves to “they”. But that’s how I found out that I don’t have a problem with “she” either.

And a while ago I had a job where I did customer support via email, with my own chosen name and everything. Often this name is read as female, and the customers write to me as “Ms XY”, which is also kind of nice. But my colleague researched for an email signature that explained how to address me. Without me having to ask her. 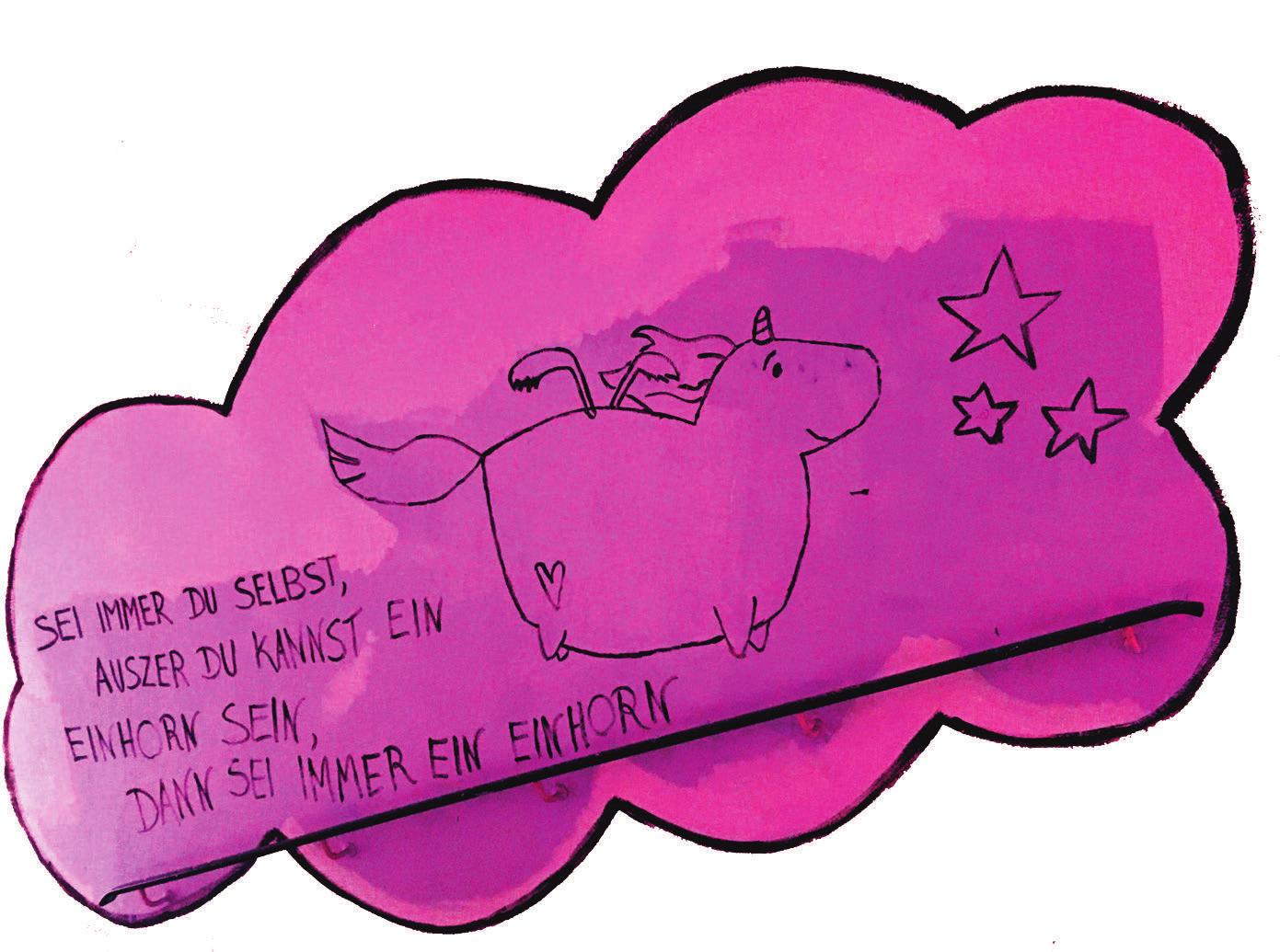 The other day, while moving house, I (AMAB genderfluid) was with my friends at a recycling centre – where (mostly) hairy muscular men were unloading heavy things from vans, shouting and throwing them into containers. I was all sweaty, wearing hot pants, work gloves, a tank top over my flat chest, and a mask.

Then a little girl came along, who was here with her father, and said, “Look dad, girls work here too!” – and he was all, “Of course!” And that was technically only half correct, if only because I don’t work at the place, but it was really cool to empower this little girl.